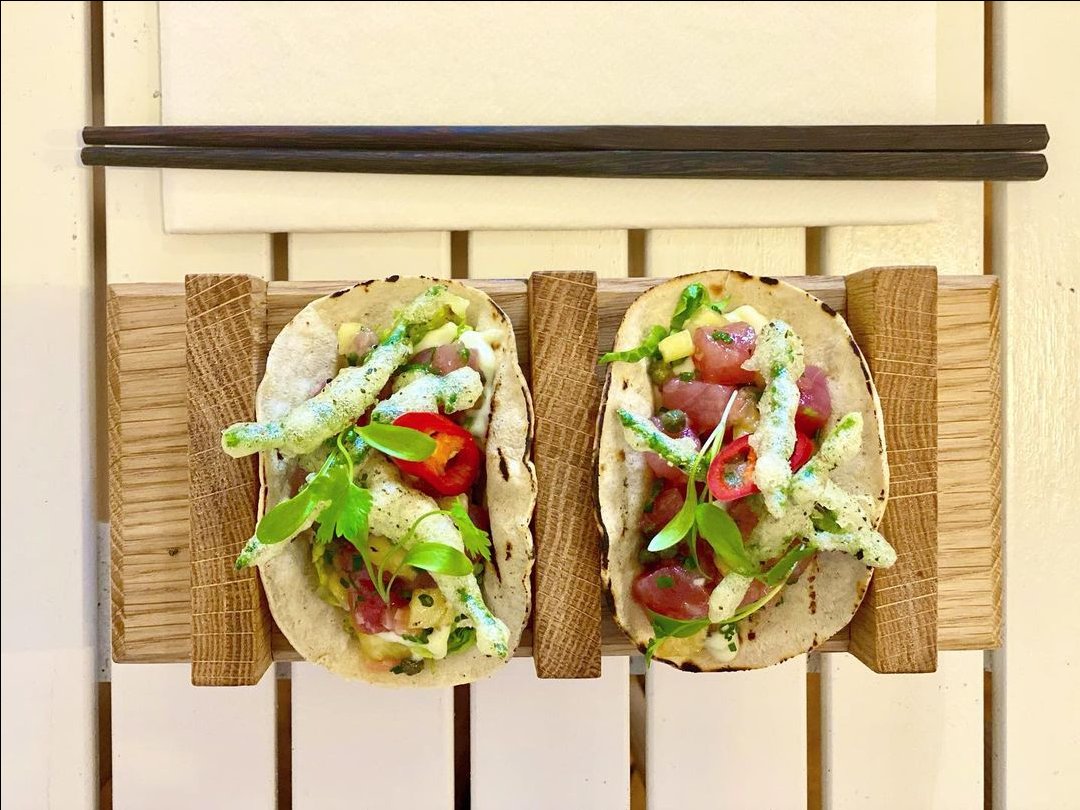 In 2017 chef/owner GC Giancovich opened the Smoking Lobster in Ventnor, Isle of Wight. It quickly became popular with tourists and locals alike focused on delicious dishes, reimagined through a pan Asian lens. With help from his sister Cinz this has grown to three places around the island.

With Ben Chamberlain joining the group – they bring the same focus and passion into their Festival Street Food, where they get show case delicious dishes such as BBQ Char Siu Pork Belly topped with Szechuan tiger prawns in Brioche subs! Crispy sushi rice & much more!

The Feast Collective curated by Fred Sirieix and The Little Gloster