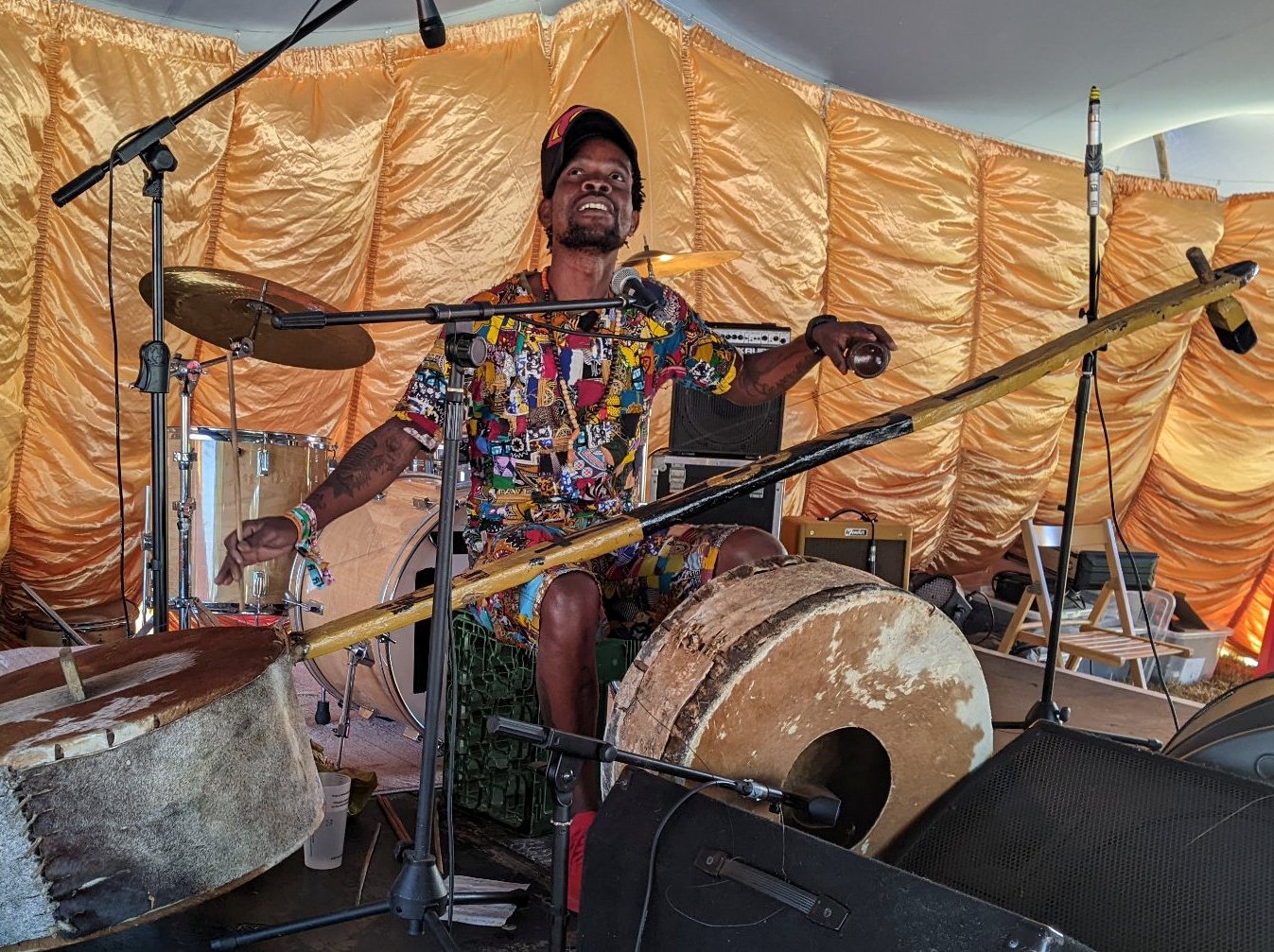 Gasper Nali is a roots one-man-band from the small town of Nkhata Bay on the shores of Lake Malawi. He plays a one-string home-made 3-metre long Babatoni bass guitar with a stick and an empty beer bottle, and together with a cow skin kick drum and catchy melodies, he creates the most amazing and danceable original Afro Beats possible!

Gasper's unique style of Kwela music has received an extraordinary amount of online attention after a video of him playing by the lake shore went viral with over 20 million views. He has been featured by CNN and in the documentary 'Deep Roots Malawi', jammed with Joss Stone, appeared on Wired for Sound – Malawi, remixed by Aroop Roy for Sol Power Sounds and been played by Iggy Pop on BBC 6.